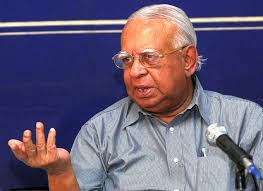 Speaking in Parliament, Sampanthan said that the process to draft a new Constitution is being done within the firm framework of a united undivided and indivisible Sri Lanka.

“This is the framework within which the Constitution will be evolved and which all of us will voluntarily acknowledge and accept. The successful conclusion of this Constitution making process on the basis of an acceptable reasonable and substantial national consensus would bring about a firm finality to this issue.  Sri Lanka would perpetually be a united undivided and indivisible country in keeping with the basic and Supreme Law of the country, and on the basis of the free will and consent of all its people,” he said.

“The present exercise in Constitution making presents the first such opportunity. A Constitution based upon such a reasonable consensus, would give the Constitution the basic and Supreme Law of the country, a legitimacy and credibility which the country direly needs,” he said.

Sampanthan said that the Constitution making process, which may be termed as a continuation of earlier processes, can be successful if all are reasonable and committed not to miss the opportunity.

“Reasonable and acceptable Constitutional arrangements recognising their identity and dignity have been a long standing goal of the Tamil speaking People. There are many such arrangements the World over. Consequences of non-resolution have had diverse ramifications on the Tamil people and the whole country. Educated qualified Citizens of this Country particularly Tamils and Sinhalese have left this Country and taken residence abroad depriving this Country of a great deal of talent. The reputation of this Country has been greatly tarnished internationally having an adverse impact on the Country and its future in several ways. We need to salvage our reputation and win international respect,” he said.

Sampanthan said that Sri Lanka needs a new future, based upon a new supreme and basic law. Courtesy: Colombo Gazette