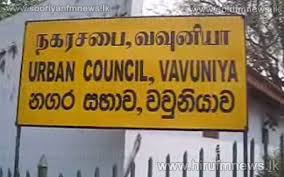 Even though the Tamil National Alliance won the Vavuniya Municipal Council at the local government polls, the party has lost power in establishing the council and the newly formed Tamil National Liberation Party (ENLF) has won power.

The Tamil National Liberation Front (ENLF) was recently formed with the alliance of EPFLF led by Suresh Premachandran and the TULF led by Anandasangaree.

Accordingly, the ENLF candidate Gautham Rasalingam received 11 votes while the TNA candidate received the votes of 8 TNA councilors and the All Ceylon Tamil Congress councilor.

The TNA has held the power in the Vavuniya MC for a long time.