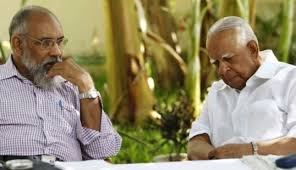 The Tamil National Alliance (TNA) on Thursday turned down Northern Province Chief Minister C.V. Wigneswaran’s request to boycott the meeting of the Presidential Special Task Force on Northern Development which is scheduled to be held on August 27.

TNA Parliamentarians at a meeting held at the Opposition Leader’s office under the patronage of TNA leader R. Sampanthan on Thursday insisted that they should participate in this meeting to ensure development of the Northern Province.

They were of the view that development activities should continue in the North which was badly battered by the 30-year protracted war.

These Parliamentarians stressed the importance of participating in this Task Force meeting to find solutions to the burning issues of the Tamil people, that included releasing their lands occupied by the Security Forces.

Northern Province Chief Minister Wigneswaran in a letter to TNA leader R. Sampanthan had requested that the TNA should not support any development activity conducted by the government until a political solution is given to the ethnic issue.

Wigneswaran added that Tamil political representatives in the Northern Province had arrived at an unanimous decision not to join any committee or organization of the government until a solution is given to the Tamil peoples’ issue.

“The TNA should decide whether it needs economic development or a political solution first,” Wigneswaran had stated in his letter to Sampanthan.