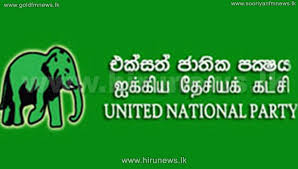 Although the new party will not align itself with the SLFP or the Joint Opposition, it will pressurise the government to protect the interests of the UNPers.

“It is now clear that we cannot wage that battle while being in the party. It is time to step out of the party and exert pressure on the party leadership,” a stalwart of he movement told Asian Mirror.

The secretary of the new party is likely to be Sudath Chandrasekera, the former Private Secretary to Prime Minister Ranil Wickremesinghe.

Chandrasekera quit his position earlier this year after writing an open letter of resignation where he highlighted a list of his grievances . He accused the Prime Minister of turning a blind eye to the grievances of those who worked for the betterment of the party.

It is also learnt that a Colombo District Parliamentarian, who recently ran into a crisis due to his questionable business deals, is also at the forefront of this movement.

The disgruntled politician has thrown his weight behind the new movement as the party leadership ignored his repeated requests for a Cabinet portfolio.

Sources close to the movement said the new party would not go to the extent of contesting national or provincial level elections.

However, they said, it would build up an island wide machinery and a network so that the party leaders would no longer be able to ignore their demands.