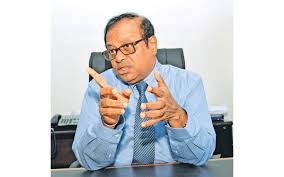 Minister of Science, Technology and Research Susil Premajayantha stated that the majority of the UPFA will not support the continuation of the current unity government.

The is a clear inability to proceed with the incumbent Prime Minister Ranil Wickremesinghe, and it was convened after the Ministerial meeting, said Premajayantha.

The Minister emphasized that the UPFA and the Sri Lanka Podujana Peramuna were in the same camp and the vote for the JVP should also be considered as an anti-government vote. Therefore, 65 percent of the votes were anti-government, the Minister stressed.

Therefore, the best option is to handover the government to the ones who are capable to do a government said Minister Susil Premajayantha.

Committee appointed to discuss steps to form UPFA Government
Constitution says Prime Minister can be removed only through No – Confidence Motion; “We have the majority to face that in Parliament” says Confident Ranil Wickremesinghe
Comment