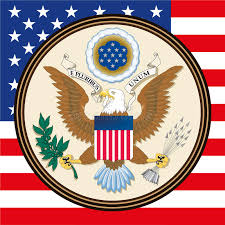 The US State Department’s Bureau of Democracy, Human Rights and Labor published its Country Reports on Human Rights Practices for 2017 and Acting US Secretary of State John J. Sullivan on Friday released the report to the public.

The report said that according to civil society, military intelligence operatives conducted domestic surveillance operations and harassed or intimidated members of civil society in conjunction with, or independent of, police.

“Impunity for conflict-era abuses also persisted, including military, paramilitary, police, and other security-sector officials implicated in cases involving the alleged targeted killing of parliamentarians, abductions, and suspected killings of journalists and private citizens,” it said.

According to the report, civil society organizations asserted the government and the courts are largely reluctant to take action against security forces, although this situation improved compared with 2016.

The government, however, took steps to investigate, prosecute, and punish some officials who committed human rights abuses, it said.

Prosecutions for abuses committed by the security forces and police are rare but increasing, as are prosecutions for government corruption and malfeasance. The police said authorities prosecuted 26 officers for criminal offenses during the year.

The government also implemented human rights training in the defense academy to increase respect for human rights and sponsored in-house training by the ICRC.