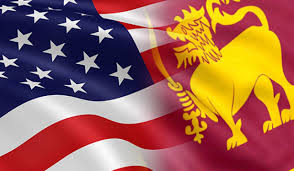 The permanent placement of the Sri Lankan National Flag was arranged by the Chairman of the SEC of Sri Lanka Ranel Wijesinha in collaboration with the Embassy of Sri Lanka in Washington DC. Mr. Wijesinha was in the US capital to attend the 29th Annual International Institute for Securities Market Growth and Development held from 01-10 April, the Embassy said in a statement.

The National Flag was placed in the auditorium of the US SEC by the Chairman of the SEC, Ranel Wijesinha, Charg d’ Affaires a.i. of the Embassy of Sri Lanka in Washington DC, Sarath Dissanayake and Minister Commercial of the Embassy, Sumedha Ponnamperuma. US SEC’s Assistant Director International Affairs, Matthew Greiner and Program Manager International Affairs, Adam Anicich also attended the event.

Following the placement of the flag, the Sri Lanka delegation had talks with the US SEC where matters of bilateral interest, including enhancing mutually beneficial cooperation between the two Commissions were discussed. 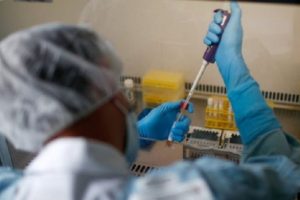 No change in Government: Ajith P
President Sirisena in Tirumala on a two-day visit
Comment