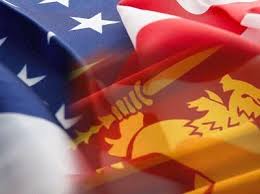 The United States will provide a US$ 480 million grant to Sri Lanka for several development projects.

This was assured to President Maithripala Sirisena by the Chief Operating Officer of the US Government owned Millennium Challenge Cooperation (MCC), Brock Bierman, when he called on the President at the Lowes Regency Hotel in New York.

Bierman said that he would obtain the approval of the MCC Board of Director and the US Congress shortly, so that the agreement with Sri Lanka Government could be signed by December 2018 in Colombo. He invited President Sirisena to grace the signing ceremony in Colombo.

Minister of Megapolis Development, Champika Ranawaka, who was present at the meeting said that a pilot project on transport regularization with MCC assistance would be implemented in Kandy shortly.

He said that the bus services will have to be regularized for improving facilities to urban commuters.

Foreign Minister Tilak Marapana thanked the MCC for the grants extended to Sri Lanka and assured Bierman that the Government would facilitate the smooth implementation of the proposed projects.