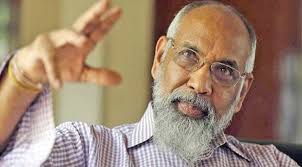 The Chief Minister of the Northern Province C V Wigneswaran has suggested that the Northern Provincial Council (NPC) explore the legal possibility of instituting its own independent war crimes accountability mechanism in the absence of an international judicial mechanism recommended by the UN Human Rights Council (UNHRC) in September 2015.

Wigneswaran said this while speaking at a function in Vattakandaal Tamil Mixed School in Mannar district, where 60 to 70 people including Principal V.Sundaramoorthy and teachers T.Mahendiran and S.Ratnadurai were gunned down by the Sri Lanka Army on January 30, 1985.

The Chief Minister asked the Leader of the Opposition in the NPC, Sinnadurai Thavarajah, who is also a lawyer, to look into the legal aspect of his proposal and report. The memorial function was organized by Thavarajah as his sister’s husband was among those massacred in the school.

Thavarajah told Express later that he would look into the Chief Minister’s proposal  before making his recommendation.

Explaining the circumstances under which the Chief Minister made the suggestion, Thavarajah said it has been 32 years since the Vattakandaal massacre had taken place, but till date there is no inquiry and punishment for the army troops who had perpetrated the atrocity.

It has been two years since the UNHRC passed a resolution with Sri Lanka’s co-sponsorship, recommending a judicial war crimes accountability mechanism with the participation of international judges, prosecutors and investigators, but  the Sri Lankan government has repeatedly ruled out international participation.

Thavarajah said that going by the lack of interest in pursuing cases such as the Vattakandaal school massacre case, there is little or no hope that an impartial accountability mechanism will be set up. Hence the demand for a Provincial Council initiative, he said.

Thavarajah said that he wanted to hold the memorial function on January 30, 2015 after the hawkish President Mahinda Rajapaksa was replaced by the more moderate Maithripala Sirisena in the January 8, 2015 Presidential election. But he could not. The plan to hold it in 2016 also had to be abandoned, this time  because of his mother’s demise.

The guilty should be punished: SF
Five Suspects arrested over plot to assassinate TNA MP Sumanthiran produced at Kilinochchi Court and remanded until Feb 13th
Comment