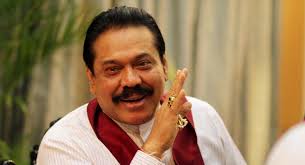 Prime Minister Mahinda Rajapaksa said yesterday that the Government would re-commence those infrastructure projects that had been abandoned by the previous UNF government.

He was speaking at the commissioning of the newest section of the Southern Expressway near the new Barawakumbuka interchange.

The President and Prime Minister officiated at the commissioning of the final Expressway extension from Palatuwa to Barawakumbuka last evening. Addressing a public rally after the launch, the Premier declared that the doors to prosperity will open with the commissioning of highways. Similarly the government will place the entire country on to a rapid development drive, he said.

Rajapaksa announced that the Government would re-start the mega development projects abandoned by the previous government. This would include a massive economic development zone encompassing the Mattala International Airport and Hambantota Port.

He stressed that national security will be ensured in the country in a similar efficient manner as the Government undertook the expressway projects.

Rajapaksa said that the previous Good Governance government had severely wasted a national asset like the Mattala international airport by using it to store rice.

The construction of expressways was condemned and criticized by the previous regime.

He announced a plan to establish a trade and finance centre that will link up Colombo Port and Katunayake International Airport. Likewise, steps have been taken to begin an international technical and services centre in conjunction with the Hambantota Port and Mattala Airport. The government will create nine economic corridors that will include the port of Trincomalee and the port at Kankesanturai.

“All these initiatives are mentioned in the ‘Rata Hadana Saubhagyaye Dekma’, the policy manifesto of President Gotabaya Rajapaksa” he added.