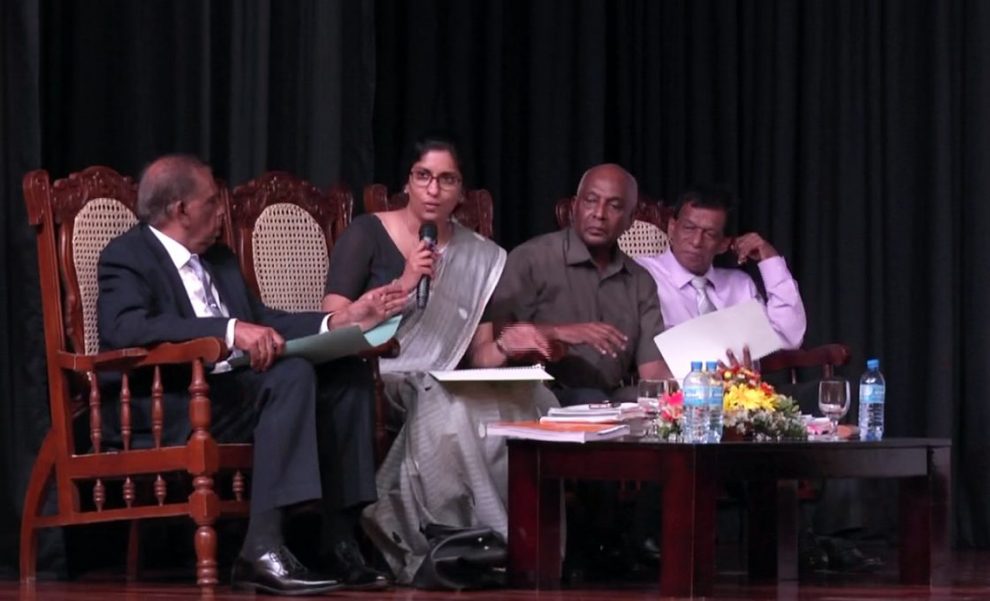 Army officers and soldiers have been briefed on the Constitutional reform and Constitution making process.

In response to a request made by the office of the Co-ordinator, Public Outreach Programme on Constitutional Reform and Constitution Making, Commander of the Army, Lieutenant General Mahesh Senanayake made arrangements instructing Brigadier Edward Jayasinghe, Director Legal of the Army to facilitate the conduct of the educative programme.

The public outreach programme of the Constitutional Assembly is aimed at reaching the General Public, Civil Society, Public Officers, Religious Dignitaries, School Children, Youth and their stakeholders by raising awareness of the constitutional reform process of Sri Lanka.

The workshop was organized as part of an effective and comprehensive public awareness programme.

The Programme raises awareness as to the need for a new constitution and educates the participants about the substance and process behind constitutional reform in Sri Lanka, based on material available in the public domain.

To generate much needed awareness and interest and to engage the public in relation to the discourse surrounding the Constitutional reform process of Sri Lanka, the workshop also included a Question and Answer session at the end.