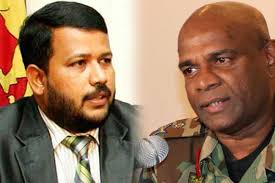 The special Parliamentary Select Committee (PSC) appointed to probe the Easter Sunday terrorist attacks on the 21st of April and report to parliament is scheduled to convene again Wednesday (26th).

It is reported that Commander of Army Lieutenant General Mahesh Senanayake has been summoned before the PSC to give evidence tomorrow.

Meanwhile, former Minister and leader of All Ceylon Makkal Congress (ACMC), Rishad Bathiudeen has also been summoned by the PSC to testify tomorrow.