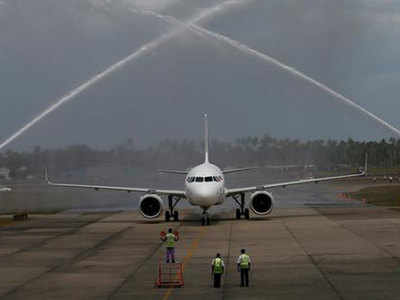 Prime Minister Ranil Wickremesinghe told a DMK delegation from India yesterday that the Palali Airport would be named the Jaffna Airport for regional flight operations after renovation next month.

A DMK delegation led by Kanimozhi who is a Lok Sabha MP and the daughter of former Tamil Nadu Chief Minister Muthuvel Karunanidhi called on the Prime Minister yesterday. According to sources, the Prime Minister said there would be flight operations to four Indian destinations from Jaffna.

Kanimozhi arrived in Sri Lanka to attend the wedding of the daughter of Sri Lanka Muslim Congress (SLMC) leader Rauff Hakeem on September 12.

At yesterday’s meeting, Mr. Wickremesinghe stressed the need for greater connectivity with India through a ferry service.

Minister Hakeem who was present at the meeting said the minorities had always felt safe under the governments led by the United National Party (UNP).