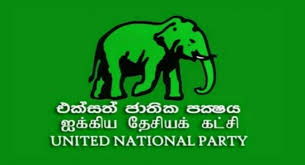 Fresh efforts have been initiated to prevail upon the UNP leadership to allow the new alliance ‘Samagi Janabalavegaya’ led by opposition leader Sajith Premadasa to adopt the elephant symbol with MPs Malik Samarawickrama and Mangala Samaraweera talking to party leader Ranil Wickremesinghe in this regard, Daily Mirror learns.

The Parliamentary Elections Act provides for the change of approved symbols of recognised political parties. Accordingly, the new alliance which has been established under the heart symbol can adopt the elephant symbol only if the UNP drops it.

Clause 12 of the Act says: “Within seven days from the date of the publication in the gazette of a proclamation or order requiring the holding of an election, the secretary of any recognised political party may make a written application on that behalf to the commissioner that any such new approved symbol as shall be specified in such application, not being the approved symbol of any other such party, shall be allotted to such party in lieu of the existing approved symbol of such party.”

Informed sources from the UNP said yesterday MPs Samarawickrama and Samaraweera who supported the opposition leader held talks with Mr. Wickremesinghe in this regard. Besides, Premadasa loyalists will request Mr. Wickremesinghe to do it when the party’s Working Committee and parliamentary group meet today. However, Daily Mirror learns that the UNP leadership is not ready for any compromise on the elephant symbol.

If the UNP changes its symbol allowing the new alliance to adopt it, its General Secretary Ranjith Madduma Bandara will have the authority to communicate with the Elections Commission and Secretary-General of Parliament. Otherwise, UNP General Secretary Akila Viraj Kariyawasam will have such authority. The new alliance will be launched at a ceremony scheduled to be held later this month.

Meanwhile, some alliance partners such as Jathika Hela Urumaya (JHU) believe there is no use of having talks on the adoption of the elephant symbol but instead the alliance should field candidates under its own symbol. Some Premadasa loyalists too uphold similar sentiments whereas others want to avoid a split.