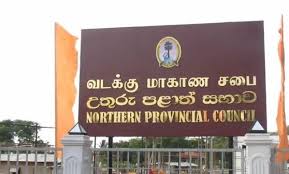 On Thursday, an NPC member, M.K.Shivajilingam, had made a Special Mention in the Council condemning the hounding of 31 Rohingyas, mostly women and children, in Mount Lavinia, 10 km from the capital, and their subsequent placement under “protective custody” in the high security Boosa detention center.

Given the opposition to the Rohingyas in Sinhalase-Buddhist dominated South Sri Lanka, the government should allow the Tamil-dominated Northern Province to accommodate them, Shivajilingam suggested.

“The Council endorsed Shivajilingam’s condemnation and suggestion for settlement in the North. But the fact of the matter is that the Provincial Council has no jurisdiction in the matter as it lies within the jurisdiction of the Center. All we meant was that if the refugees cannot be accommodate anywhere else, we in the North will have no objection to putting them up here. Taking a decision on this is entirely the prerogative of the Center,” Sivagnanam explained.

There is overwhelming sympathy for the suffering Rohingyas among the Tamil and Muslim minorities in Sri Lanka.

While the Muslims have a religious affiliation with the Rohingyas, who are also Muslims, the Tamils view them as a minority like themselves who are being hounded, driven out and killed, like they were during the 30-year conflict in Sri Lanka.

As in the case of the Rohigyas, the Tamils and Muslims of Sri Lanka have also been victims of Sinhalese Buddhist radicals led by extremist monks.

Meanwhile, the Sri Lankan government is proceeding against police officers who looked on passively and indulgently as a mob led by Buddhist monks threatened to storm into the houses of Rohingyas in Mount Lavinia ignoring the fact that the refugees were under the charge of the UN High Commissioner for Refugees (UNHRC).

The media reported on Friday that the ugly incident will be investigated by the Colombo Crimes Division.

Sri Lankan cabinet spokesman Rajitha Senaratne on Wednesday blamed the police for inaction and said that the incident will be discussed at the next cabinet meeting.

However Venerable Akmeemana Dayarathma Thero, the Buddhist monk who led the aggressive demonstration, told the media that no attack had taken place and challenged the government to prove that it took place.