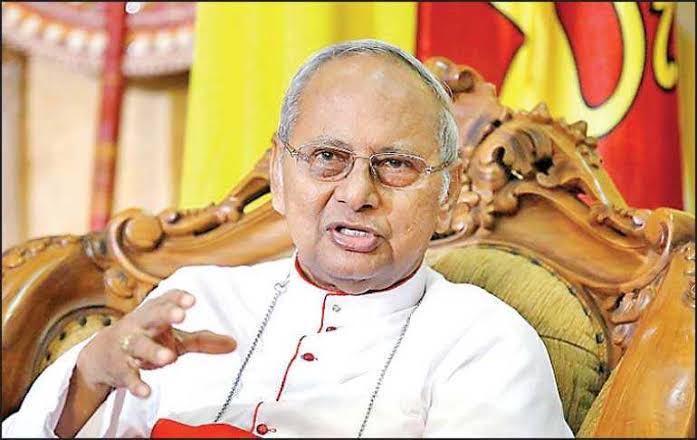 While condemning the series of coordinated bombings that occurred on Easter Sunday, Archbishop of Colombo, Cardinal Malcom Ranjith yesterday informed the Presidential Commission of Inquiry (PCoI) probing the Easter Sunday attacks, the country’s Security Council and other relevant security institutions should have acted fast before the Easter Sunday Bombings since the information was available, without taking serious matters as a joke.

Testifying before the Commission he said that after the attacks, the office of the Indian High Commission informed him four times that it had conveyed details about the possible terror attacks to relevant institutions, before the series of bombings took place.

“There was a weakness in the leadership and we had seen it clearly during the whole incident period,” Cardinal Ranjith emphasized at the Commission.

He said that the whole investigation procedure after the Easter Sunday attacks was also carried out in a slow pace and he was not happy with the entire process.

Explaining about the compensation provided by the former government he said it seemed like they washed their hands off by giving away compensation of Rs. One million to the families of the deceased.

The Cardinal also said that the country’s intelligence service should not be politicized and there should be an independent body to handle these kinds of situations in the country.

“In other countries there are several major intelligence services and they don’t change after a government changes in the particular country. Political interference should be stopped when it comes to handling of state intelligence service,” the Cardinal told the Commission.

When Additional Solicitor General (ASG) Ayesha Jinasena asked about the recommendations which the Cardinal can provide on improving the country’s social harmony, he said that there should be only one line ministry to manage all religious activities in the country without dividing it to separate ministries.

“I don’t think race or a religion should be the basis for a political party, we have so many national political parties. If there is a political party based on the religion or race, I think that will be the worst situation to the country, and my personal opinion is to ban those kinds of parties,” he informed the Commission.

Making recommendations to the country’s education system, the Cardinal informed the Commission that students in schools should learn about every religion while majoring their main religion and in that way students can develop their social cohesion with each and every person in the country.

“I don’t know whether other religious representatives will agree with the above mentioned opinion but I believe it is a more practical way to develop the country’s social cohesion,” he said.