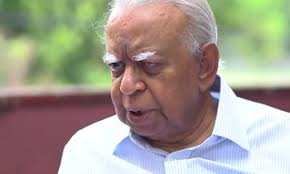 Sri Lanka’s Opposition leader and Leader of the Tamil National Alliance R. Sampanthan, who was hospitalized due to a sudden illness, is recovering and in good condition, reports say.

He is receiving treatment at a private hospital in Colombo due to a stress-related illness.

It has been reported that the octogenarian opposition leader, who was preparing nominations for the Trincomalee local government election during the past few days, has ignored the medical advice given to him by his doctors to rest.

The opposition leader was due to leave for India today (22) and the tour has also been canceled due to the illness.