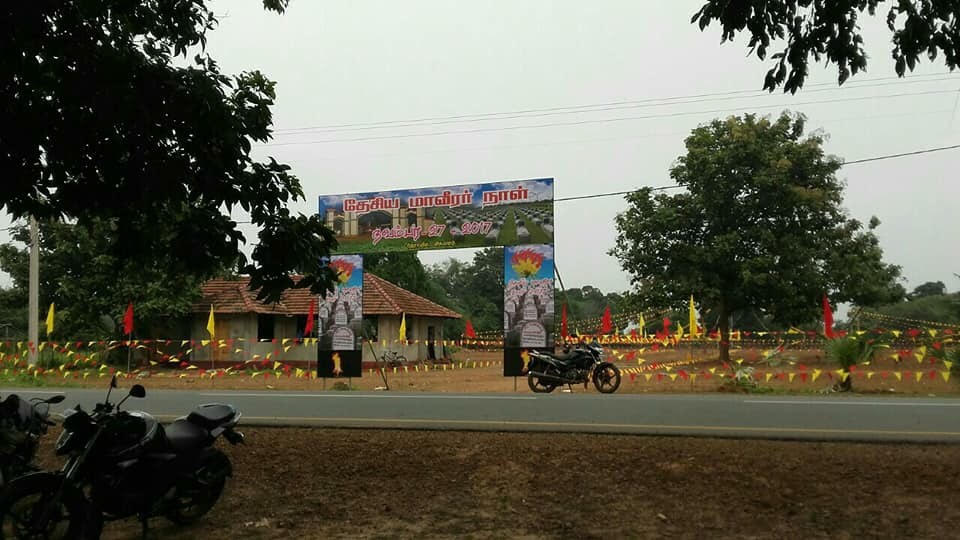 Hundreds of thousands of Tamils across the world on November 27 and preceding days held events to mark Tamil National Remembrance Day or Maaveerar Naal.

Maaveerar Naal, which remembers those who sacrificed their lives in the Tamil struggle for freedom, is marked on November 27 yearly, in memory of the first death of a Liberation Tigers of Tamil Eelam (LTTE) cadre in fighting – Lt. Shankar died in combat on November 27, 1982.

Since the end of the armed conflict, Tamils in the North-East have sought to mark today amid military repression. This year, for the second time since the end of armed conflict, Tamils across the North-East will gather at the LTTE resting homes (Thuyilum Illam) which were demolished by the Sri Lankan military with tombstones of former LTTE cadres destroyed, Reported Tamil Guardian.

“Those who want to take legal action against me must consider why I took this stand” – Northern Province Education Minister Sarweswaran who refused to hoist the National Flag explains his position.
Vavuniya Campus closed indefinitely due to possible clash
Comment