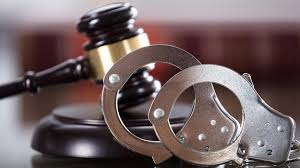 The Dubai Court of First Instance has sentenced three Sri Lankan security guards of a five-star resort to pay Dh500,000 each after insulting Islam on social media.

The three Sri Lankans were accused of contempt of religion over their posts on Facebook and Instagram, Khaleej Times reported.

The court found them guilty of anti-discriminatory and hatred law and the Federal Penal Code.

They will be deported after paying their fines and are now currently being detained.

The case was filed last year at the Al Barsha Police Station.

In a report on the Khaleej Times, a police official said that they found the three men being restrained by their colleagues.

“With a prosecution warrant, we later searched their places and seized their mobile phones and laptops,” the official said.

An internal probe on the men’s case showed that they admitted that the posted anti-Islam remarks on their Facebook accounts.

Copies of those messages and pictures have been used as evidence by the prosecution team.

No one from the accused filed an appeal on the court’s decision.

Doval came here to discuss follow up action: Dinesh
Committee report on MCC will be presented in Parliament: Dinesh
Comment