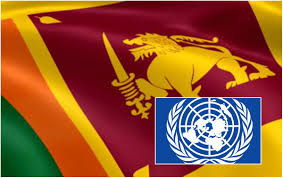 The United Nations (UN) has assured every possible assistance to Sri Lanka.

He commended the progress achieved in social, economic, political and all sectors in Sri Lanka, under the leadership of President Sirisena.

He also stated that Sri Lanka’s commitment for the reconciliation is praiseworthy.

Ban Ki-moon assured to provide every possible assistance to Sri Lanka for its future endeavors, even after he is stepping down the position of U.N Secretary-General.

President Maithripala Sirisena also appreciated the continuous assistance given to Sri Lanka by Ban Ki-moon as the U.N Secretary-General and extended his best wishes to him for his future endeavours.