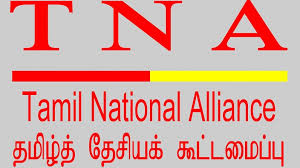 The Tamil National Alliance (TNA) yesterday requested President Maithripala Sirisena to appoint a member of the UNP led UNF who in his opinion could muster the required number of MPs in Parliament to prove he commands the confidence of the majority in the House.

The following is the text of the letter sent by the TNA parliamentary group comprising 14 lawmakers:

We write to you in regard to the above in the background of all that has happened since 26th of October.

The voice votes taken in Parliament have been confirmed by 122 Members singing and transmitting to both your Excellency and the Hon. Speaker statements to that effect.

The view of the majority of the Hon. Members of Parliament on the issue of whether the said Hon. Member commands the Confidence of Parliament to be the Prime Minister has been negative and has been demonstrated beyond doubt.

We wish to point out that,

We respectfully submit that this situation should not continue.