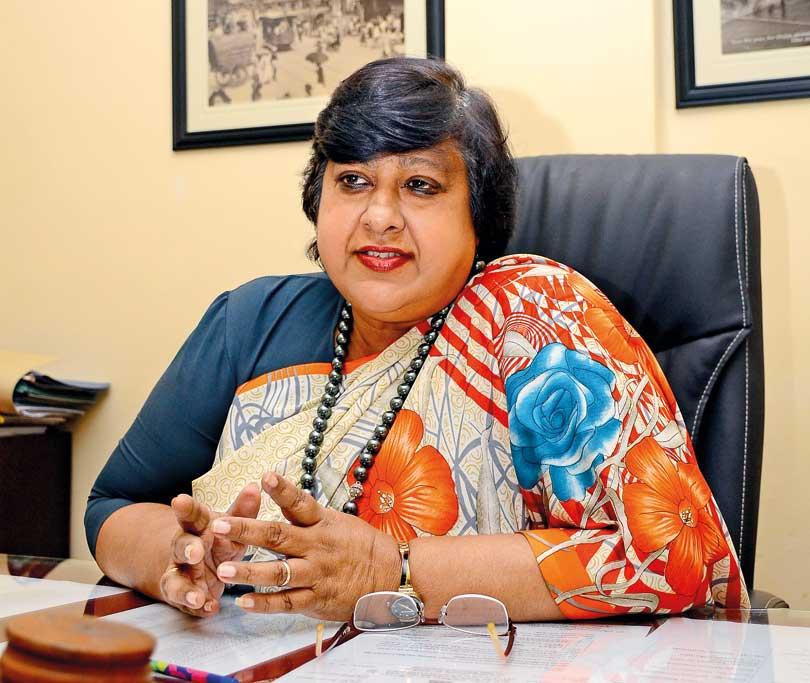 A voice recording of telephone conversation alleged to have taken place between the former Director General of the Bribery Commission Solicitor General Dilrukshi Dias Wickramasinghe and the Avant Garde Chairman Nissanka Senadhipathi has been made public through the social media by Senadhipathi.

Considering what the Solicitor General said in the telephone conversation and her acceptance that it was her voice, the Attorney General will forward a directive to the Public Service Commission on Monday (September 23) to appoint a suitable person to conduct a disciplinary inquiry into the Solicitor General in respect of the relevant provisions of the Establishments Code, the coordinating officer said.

Meanwhile, the former Director General of the Bribery Commission, which filed charges against Avant Garde Chairman in the floating armory case, has alleged that her conversation with the accused has been distorted and edited and released to the social media.

She has reportedly in a Facebook post requested the Avant Garde chairman to release the unedited version of the telephone conversation to the media.