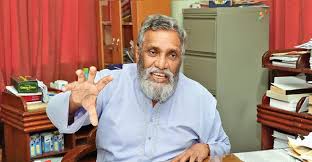 The General Election will probably be held before May 4, as parliament is likely to be dissolved by next week, Election Commission (EC) Chairman Mahinda Desapriya said.

Addressing media at the Election Secretariat in Rajagiriya yesterday, he said that according to several political sources, Parliament may be dissolved on March 2 or 3. After dissolving, election should be held within 52 to 66 days from the dissolution date.

When asked about the implementation of election rules on limiting campaign finance, increasing election deposits, cancelling registration of political parties which cannot obtain one per cent of votes from the national vote base and so on, the Chairman said that such new laws have to be implemented by establishing a permanent select committee. Then these new laws can be imposed with effect from the 2025 election. According to the Chairman, special attention should be drawn on limiting campaign finance.

He said attention will be drawn on sending bulk messages through mobile networks and during the silent period of elections.