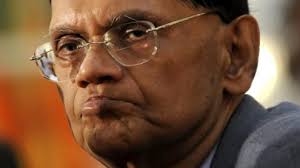 Chairman of the Sri Lanka Podu Jana Peramuna, Prof. G.L. Peiris, said on Friday that he will go to court in the next two or three weeks if the foot dragging over scheduling the Provincial Council elections that are due continues.

“This is preposterous. It is an intolerable situation and it is time to cry halt to this,” he said. “The whole thing is a fraud on a matter as fundamental as the franchise.”

He said that the Interpretations Ordinance Section 6 (2) says “Wherever any written law repeals in whole or in part any former written law and substitutes therefor some new provision, such repeal shall not effect until such substituted provision goes into operation.”