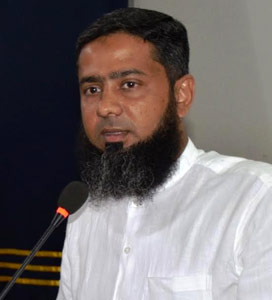 If the Muslims of this country are to lose their patience the country will face dire consequences, Eastern Provincial Council member, Shibly Farooq said.

He said so at the monthly sitting of the of the Eastern Provincial Council.

“The racial activities taking place in the country will pave the way for another blood bath. The majority of the Sinhala community do not approve racism. The proof of this mind set could be seen in the defeat of former President Mahinda Rajapaksa.The Tamils and Muslims in the country are once again facing a series of problems.The reasons for this development are the politics and International pressure,” the EPC member said.

“Racism is once again unleashed in spite of the fact that the scars of the 1983 blood bath and the war that followed have not healed yet,” he said

“Therefore, while great trust has been placed on this government of Good Governance, it must flex its muscles and restrain the racist forces from rearing their ugly heads,” Mr.Farook said.

He called on the Government to maintain law and order.