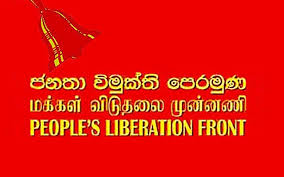 The Government has come under fire from civil society groups and Muslims for its failure to act fast in checking attacks on mosques and shops owned by Muslims in recent weeks. This was also debated in parliament on Tuesday, with Law and Order Minister Sagala Ratnayake blaming police sluggishness for the state of affairs, when JVP Parliamentarian Bimal Ratnayake charged that, without state sponsorship, these acts could not take place. “There is somebody from the government backing the people who are doing these,” he said.

Also blaming the Government was Colombo District parliamentarian S.M. Marikkar. His speech in Parliament came as Muslims expressed anger at Muslim ministers, who, they said, had not done enough to protect them, and also at the Government, which they say would not have come to office if the Muslims and other minorities had not voted it in, at the 2015 elections.

However, the Palestinian embassy expressed confidence that the President and the Prime Minister would rein in destructive forces and create an environment where all communities will live in peace and harmony. The Palestine embassy said so in a letter it sent to the Foreign Affairs Ministry, expressing grave concern over the attacks by extremist elements on Muslim and Christian places of worship.

The Government’s inaction also attracted the attention of the United States and the United Nations. US Ambassador Atul Keshap expressed his concern in several tweets. On Sunday he tweeted: “Any attack on a house of worship is reprehensible; this is the third in a week. I hope authorities arrest and try the perpetrators soonest.”

Also taking to Twitter to voice her disapproval was Una McCauley, the United Nations Resident Representative in Sri Lanka. She tweeted on Monday: “Time for #SriLanka to stand strong & be bold to hold those inciting hatred & violence responsible for actions.”