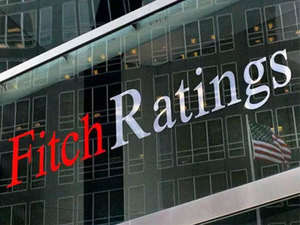 Fitch Ratings says that recent political developments in Sri Lanka have created some uncertainty over reform momentum and fiscal consolidation, and prolonged upheaval could undermine investor confidence ahead of large external debt maturities in 2019-22.

However, the unrest has had limited economic impact so far, and Sri Lanka’s ‘B+’ sovereign rating already factors in a degree of political risk, Fitch Ratings said in a release.

The ruling coalition suffered heavy losses in local elections in February, pointing to waning support amid signs of friction within the ruling coalition. The Prime Minister survived a vote of no confidence in early April, before parliament was effectively suspended until 8 May upon the resignation of coalition ministers. The coalition leadership is now discussing a cabinet reshuffle.

The government has shown strong commitment to the IMF program that began in June 2016. The IMF announced on 20 April it had reached staff level agreement on the 4th review of the Extended Fund Facility (EFF), subject to approval of the automatic fuel pricing mechanism.

Fitch said it noted an improving policy framework that supported macroeconomic stability when it affirmed Sri Lanka’s rating with a Stable Outlook in February 2018. Structural fiscal reforms, such as a VAT hike, have pushed up the revenue-to-GDP ratio and narrowed the fiscal deficit in recent years. An Inland Revenue Act in 2017 implemented from 1 April 2018 is likely to increase revenue further.

This progress may still continue if recent political problems can be resolved and the government keeps in place an economic team that prioritizes reform and stability. Some positive efforts have continued even amid the upheaval. For example, in March 2018 an Active Liability Management Act was passed and the cabinet approved amendments to the Monetary Law Act (MLA), which facilitate flexible inflation targeting.

The risk of political instability disrupting policy continuity might be mitigated by the election schedule. The presidential election is not due until end-2019, and parliamentary elections will follow. Early elections would require approval from a two-thirds majority of parliament and the president. The current administration is therefore likely to remain in power for at least another 18 months.

However, policy implementation looks likely to become slower and more challenging. Reform distractions and pressure for more populist policies might also rise as Sri Lanka enters an election cycle. Fuel and electricity price reforms to create automatic adjustment mechanisms were an IMF structural benchmark to be completed by end-2016. Approval of the fuel price reform is a requirement of the completion of the IMF’s next review, and further delay in implementation could raise risks to the fiscal outlook.

Large upcoming debt maturities and low reserve coverage make Sri Lanka vulnerable to shifts in global investor confidence, which could be affected by an extended period of political unrest or signs of waning commitment to the IMF program.

Gross external debt was equivalent to 59% of GDP in 2017, and a quarter of this – around USD15 billion – is due to be repaid in 2019-22. The Active Liability Management Act may allow the authorities to smooth debt repayments, while foreign reserves were bolstered by a sovereign bond issuance of USD 2.5 billion in April. However, reserves stood at just USD 7.3 billion in March 2018 and Sri Lanka’s international liquidity ratio of 69% is well below the 147% median for sovereigns rated at ‘B’ or below. A high proportion of public debt is denominated in foreign currency, which could weaken repayment ability should there be sustained rupee depreciation. The rupee has weakened by 2.4% against the US dollar so far in 2018.