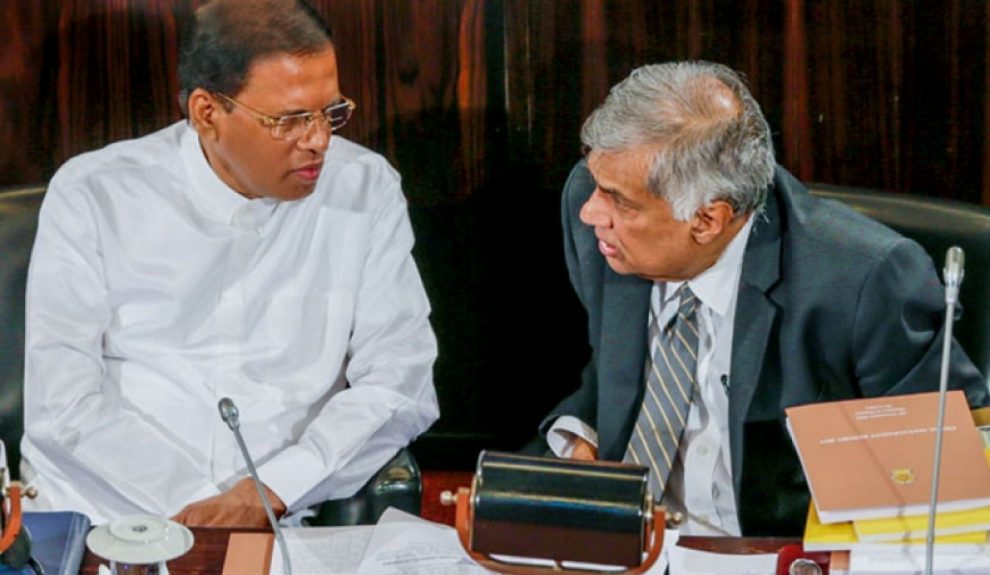 Sri Lankan President Maithripala Sirisena in a move to reduce the Prime Minister’s responsibilities on the country’s economy took away two key monetary institutions that were under the Premier and placed them under the Finance Ministry.

In an Extraordinary Gazette issued today, President moved Central Bank of Sri Lanka and the Securities and Exchange Commission (SEC) of Sri Lanka which were under the National Policies and Economic Affairs Ministry headed by the Prime Minister Ranil Wickremesinghe, to the Finance Ministry.

The Gazette Notice No: 2064/26 amending the Gazette Notice. No. 1933/13 dated 21 September 2015 said the two institutions would be immediately placed under the Minister of Finance and Mass Media with effect from 28 march 2018.

Accordingly, “Formulation of monetary policies and macro-economic management in coordination with the Central Bank of Sri Lanka and monitoring revenue collection and expenditure” would be responsibilities of the Ministry of Finance.

During local government election campaigning in January this year the President said he will take responsibility of economic management in order to reduce cost of living burden of the people. He faults the Prime Minister for the Central Bank bond scam and his economic policies for the defeat of the Sri Lanka Freedom party at the local government elections last month.