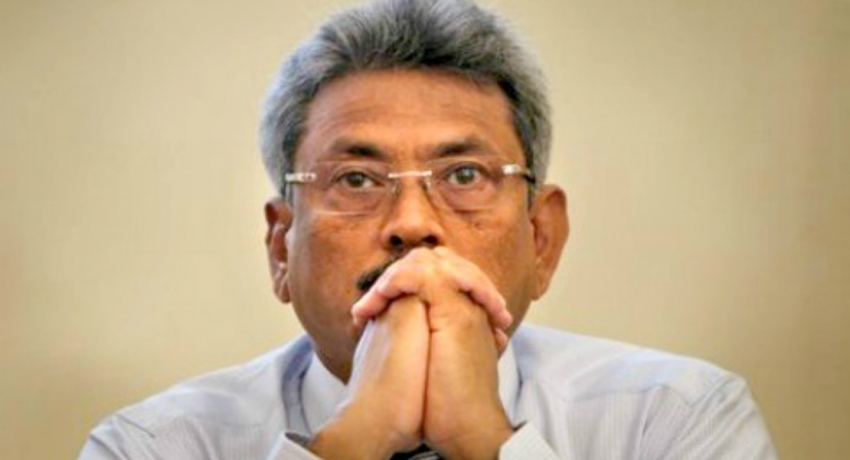 The Court of Appeal today issued an interim order staying the summon issued by the Jaffna Magistrate’s Court requiring former Defense Secretary Gotabaya Rajapaksa to appear before the lower court on September 27.

Jaffna Magistrate’s Court summoned Rajapaksa before the court to give evidence in the in a Habeas Corpus inquiry into the disappearance of two human rights activists Lalith Kumar Weeraraj and Kugan Muruganandan during his tenure as the Secretary of Defense.

The petition filed by Gotabhaya Rajapaksa challenging the lower court order was taken up before a Court of Appeal bench comprising judges Deepali Wijesundera and Achala Wengappuli.

After Justice Achala Wengappuli recused himself from the case, Justice Deepali Wijesundera issued the interim order until December 3.

Gotabaya Rajapaksa filed a petition stating that due to security reasons he cannot visit the court in Jaffna but he is prepared to give evidence in a court in another area outside the North and East.

When the petition was taken up, the state counsel informed the court that he had no objection to the interim injunction sought by the petitioner.

After considering the submissions, the Court of Appeal issued an interim injunction preventing the execution of the order issued by the Jaffna Magistrate’s Court for Gotabhaya Rajapaksa to appear before the court on the 27th of this month. The petition was subsequently ordered to be called on December 3rd.

Lalith Kumar Weeraraj and Kugan Muruganandan went missing on December 09, 2011 when they were organizing an event to mark the World Human Rights Day in Jaffna. The enforced disappearance of the two political activists has garnered international attention.