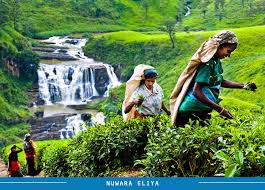 The Government says discussions are still ongoing to reach an agreement on the proposed Rs. 1000 daily wage for plantation workers.

Minister of Plantations and Export Agriculture, Ramesh Pathirana said that the Government is confident an agreement will be reached by 1st March.

Speaking to reporters today, Pathirana said that the plantation companies have proposed three models to resolve the issue.

The plantation companies are proposing a productivity based wage model, which they say has proven to be successful.

They have also sought some government assistance in order to pay the Rs. 1000 daily wage and ensure the industry does not collapse as a result.

President Gotabaya Rajapaksa had proposed that the daily wage of plantation workers be increased to Rs. 1000 by 1st March.

Plantation companies have informed the government that an unfair push to pay Rs. 1000 to plantation workers could have a serious impact on the local industry.

Pathirana said that the Government is prepared to step in temporarily to help the companies pay the Rs. 1000 daily wage to the estate workers.