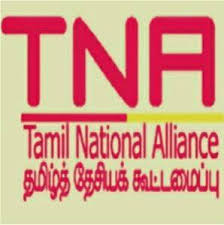 India and the Tamil National Alliance (TNA) have told the Sri Lankan Prime Minister Ranil Wickremesinghe that his government’s decision to award to a Chinese company a contract to build 40,000 houses for war-displaced people in the Tamil-speaking Northern and Eastern Provinces is flawed, impractical and unsuited to the climate and culture of the area.

Sources in the Tamil National Alliance (TNA) said that they had been told about India’s objections by Prime Minister Wickremesinghe himself.

The contract was given by the Ministry of Rehabilitation which is under Minister D.M.Swaminathan who belongs to Prime Minister’s United National Party (UNP) and is a loyal follower of Wickremesinghe’s to boot.

The TNA shares the government of India’s views on the unsuitability and untenability of the contract, party sources added.

However, both Indian and TNA sources stated that the objection is not to the award of the contract to China, or any other country for that matter. The objection is to the project model and the housing model opted for; and the opaque manner in which the contract was awarded ,they said.
It remains to be seen if the powers-that-be in Colombo will take into account India’s objections and revise or jettison the contract.

Firstly, the Lankan government had abandoned the tendering process and had suddenly announced the decision to give the project to a Chinese company.

Secondly, the government had adopted the “contractor driven” model, which in India’s experience, had not worked in the Northern province. India had built 46,000 houses for war refugees there and knows the problems of house building in that location.

The “contractor driven” model which India had started off with (to build 1000 houses), had to be abandoned because the beneficiaries had complained about the contractors.

In the “owner-driven’ model, which was adopted in the second phase to contruct 45,000 houses, the beneficiary got funds from the Indian government housing scheme and technical help from designated experts. The beneficiary used family and locally available labor and material, thus giving a boost to the local economy.

Thirdly, the materials and house design suggested by the Chinese are not suited to the climatic and cultural environment in the Tamil-speaking Northern and Eastern Provinces ,the Indians and TNA leaders said.

The Chinese have proposed that the pre-fabricated houses use ALC concrete panels using fly ash from the Norocholai coal fired power plant.

But the TNA has pointed out that fly ash is an environmental risk.

According to The Sunday Times the Resettlement Ministry under D.M. Swaminathan decided to establish two factories to produce fly ash based panels and other housing material. Land has already been identified for this purpose in the Mankulam and Batticaloa areas in the North and East respectively.

But the move to set up a factory using fly ash led to protests from locals in Batticaloa. The protesters said the ash is toxic, the paper pointed out

According to a TNA MP, the Chinese design is unsuited to the place and the culture of the people because there was only one door in the model house shown to visiting TNA MPs.

“The single door is in the front of the house, when Tamil houses typically need two doors, with one at the back leading to the backyard and one at the front for people to enter. Cross ventilation in a warm climate is a must and two doors provide it. Secondly, in Tamil culture, there are things which you don’t bring in or take out through the front door. Therefore a house has to have two doors,” the Tamil leader explained.

The fourth flaw in the Lankan government’s scheme is the time frame given to complete the project. Indian sources point out that it is virtually impossible to build 40,000 by the end of 2019, which is the target set.

Clearly, the ruling United National Party (UNP) is trying to get the houses done before the January 8 2020 Presidential election and the August 2020 parliamentary elections.

And if the houses are to be built within the narrow time frame, imported Chinese labor will have to be used in large numbers. This will not only deprive the project of a an element of local participation but also pose a security threat to India given the fact that the Northern Province is only a hop, step and jump away from South India.

ArelorMittal prefabricated house using steel but no bricks or cement. Project abandoned after public said it was not habitable.

Indian sources said that India is very keen that the severe housing shortage in the war-devastated areas (which is estimated to be over 100,000), be addressed as early as possible. But they added that India is concerned about the sustainability of the government’s scheme.

India had earlier funded 50,000 houses in the country on a grant basis. Of these 46,000 were in the North and East and 4,000 to the upcountry or the Central Province. Another 10,000 houses have now been pledged to the hill country in Central Sri Lanka.

India had expressed interest in participating in the latest housing program in the North and East, and had even talked to some Indian companies to get them to bid for the contract. At least one of the companies is keen on examining the possibilities.

“And finance is no problem, whatever the amount,” an official said. “While a grant is ruled out, an Exim Bank loan with an affordable interest rate will be made available,” he added.

They are the same parties selected by the Disaster Management Ministry to build 10,000 houses for landslide victims in Badulla in Central Sri Lanka.

In addition, 25,000 brick-and-mortar houses are to be constructed by a consortium of humanitarian agencies led by UN Human Settlements Programme (UN-Habitat), the UN Office for Project Services (UNOPS), Habitat for Humanity Sri Lanka and the Sri Lanka Red Cross Society.

The projects will be funded through private commercial loans at a base price of Rs 1.28 million per house.

In March this year, the government had asked the TNA to send some of its MPs to see a model Chinese house. Four MPs saw the house and reported that it was acceptable. This was communicated to the government.

But MP, M.A.Sumanthiran, said that he would reserve his verdict till he was satisfied that there was no fraud, irregularity or corruption involved.

Sumanthiran had earlier filed two cases to halt the ArcelorMittal project to build 65,000 pre-fabricated houses. He argued that traditional brick and mortar houses would be more suitable climatically, and that they could be built at a fraction of the cost. He withdrew the cases only when the project was officially abandoned.