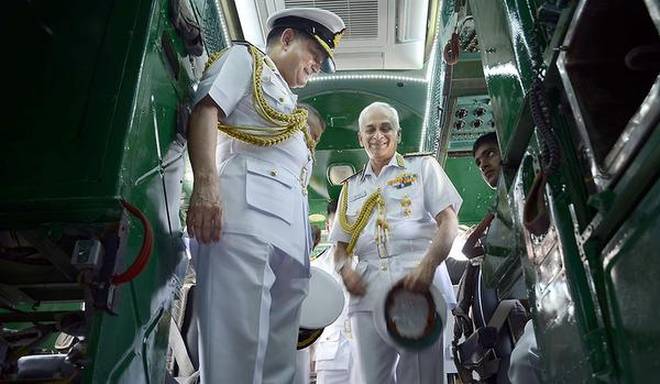 Hinting that the Indian Navy aided Sri Lanka in its fight against LTTE, chief of naval staff Sunil Lanba on Wednesday said the TU 142 M long-range maritime patrol aircraft exhibited its supremacy in the airspace around Sri Lanka when the island nation was fighting the Tamil tigers, the Times of India reported.

Though Lanba later clarified to reporters that he was referring to Indian Peace Keeping Force (IPKF) operations in the 1980s, security experts say India did provide military assistance to Lankan government in terms of reconnaissance and choking of LTTE escape routes during the final standoff in the late 2000s.

“The TU 142 M extensively flew around the airspace of Sri Lanka when the island nation was fighting the LTTE,” said Lanba while addressing the gathering at the de-induction of TU 142 M aircraft ceremony-cum- silver jubilee of INS Rajali at Arakkonam on Wednesday. On the occasion, eight TU 142 M aircraft were de-inducted.