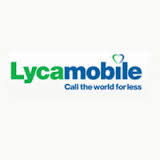 The Lyca Group yesterday announced that it had issued a legal notice to I. Charles Nirmalanathan MP for making false allegations on South Indian-based TV station Puthiya Thalaimurai.

The Lyca Gnanam Village was constructed by Lyca’s Gnanam Foundation to provide permanent housing for 150 families that had previously been living in a refugee camp in Vavuniya for 30 years. The village, located in Sinnnaadampan and Puliyankulam in the Vavuniya District of Sri Lanka’s Northern Province, contains a community centre and 150 houses, each with two bedrooms, a kitchen and a toilet.

An event to hand over the deeds of the newly-built houses to the 150 families was due to be held on 9 April in Jaffna. Celebrated South Indian actor Rajinikanth was invited to take part in this charity event and he readily agreed, considering this an opportunity to meet the Tamil people and, in his words, “share his love for them”.

The event was also an opportunity to announce a number of other charity project developments for the North and East led by the foundation. Rajinikanth expressed his eagerness to visit a number of areas including Mullaitivu, Kilinochchi, Vavuniya, Mannar, Trincomalee and Batticaloa to meet the Tamil-speaking people living in these areas.

Unfortunately, as a result of the media attention generated by Tamil Nadu politicians regarding Rajinikanth’s visit to Sri Lanka, the event and his visit were cancelled. Lyca’s Gnanam Foundation issued a subsequent statement acknowledging the cancellation and noting the disappointment caused by the development of a negative environment surrounding the aid program of a charity solely intended to support the local community.

On 24 March 2017, a live televised interview was conducted on Puthiya Thalaimurai featuring Nirmalanathan speaking from Sri Lanka, among others. During the program, Nirmalanathan made a number of allegations that connected Lyca to the former administration of Mahinda Rajapaksa. The Lyca Group has consistently stated that no such close connections exist.

The legal notice demands that the comments be immediately withdrawn, an apology be issued and damages of Rs. 250 million be paid.

Lyca’s Gnanam Foundation will continue its charity work and the village will be ceremonially opened as planned, with the keys being handed over to the new residents.