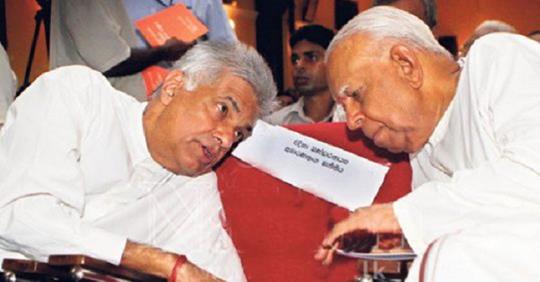 Within 20 days since the announcement made by the Premier Ranil Wicramasinghe stating that the demand of the TNA demanding not to appoint the Sinhalese to the bottom- level employments in the north and east has been desecrated, according to the sources.

Sinhalese from the Southern Sri Lanka have been appointed as the bottom-level employees of Samurdhi in Jaffna District. These appointments have been directly appointed to the Divisional Secretaries without the knowledge of Jaffna District Secretariat.

16 vacancies for the bottom-level employments of Samurdhi are in Jaffna District. Despite the Jaffna District Secretariat demanded the authorities to fill these vacancies several times, the demand has not been met.

Sinhalese from Kandy have now been appointed to the Point-Pedro, Nallur and Chavakacheri District Secretariats. They have directly gone to the respective Divisional Secretariats with the appointment letter given by the Government.

No information in this regard has been given to the District Secretariat.

10 conditions have been made by the TNA to support the Premier Ranil Wicramasinghe in the matter of no-confidence motion against him. Demanding not to appoint the Sinhalese to the bottom-level employments in north and east is one of them.

Ranil Wicramasinghe has signed a letter stating that these conditions made by the TNA would be materialized. R. Sampanthan, the leader of Opposition, has shown the letter in the Parliamentary Committee Meeting held on last 4th.

It is highlighted that the Premier Ranil Wicramasinghe has desecrated the assurance given by him within just 20 days.