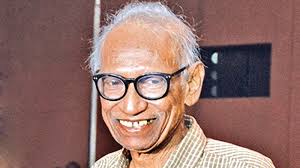 (Renowned Sri Lankan Film Maker Dharmasena Pathiraja passed away n January 28th 2018 exactly two months before his Birthday which falls on March 28th. If Pathi were alive today he would have celebrated his milestone 75th birthday)

Dharmasena Pathiraja (Pathi) is best known in Sri Lanka for his movies. In Melbourne where he studied for his PhD. he is also known for his courageous activism. I came to know Pathi in 1997. I had known his movies long before that and had greatly admired them. But I never had privilege of meeting their director. And when I finally met him it was in a way that had a lasting impact on my life.

I came to Australia in 1990, to study. Most of my undergraduate years at uni were spent in struggling to survive financially and complete my academic work. There was no time for socialization. I knew only a few people, all Sri Lankans including some friends from school in Sri Lanka.

Then, when I started my postgraduate studies my horizons broadened, suddenly. This was not because my financial constraints were eased by a scholarship. I still remained focused on my studies, spending my time between the library, lecture theatres and home. Life was monotonous, boring and plain.

But then I met Pathi.

It was the mid-nineties and we were at a postgraduate seminar on South Asian studies. Pathi was one of many South Asian post graduate students who attended the seminar. He simply introduced himself as Dharmasena Pathiraja and the name itself meant little to me at the time without the association of his movies. It was left to someone to explain that he was actually Dharmasena Pathiraja the director of Ahas Gawwa and Bambaru Ewith. Needless to say I was thrilled to have met, in the most unexpected way, one of my idols. I told him so too and Pathi seemed mildly amused!

That was the beginning of a firm and enduring friendship. But for me it was also the beginning of the broadening of my social horizons in Australia. Within a few months I had been inducted into a community of people I never knew existed in Melbourne. This was the ‘progressive’ face of Sri Lankan Melbourne, people who denounced war, yearned for peace in Sri Lanka and wanted peace with dignity for all Sri Lankan communities. And they were a colorful bunch: ex-army officers, ex-trade unionists, academics, former rebels and many others who were brought together by a common belief in peace and equality. Pathi was the person who brought them together. His persona, his charisma and his stature as an eminent artiste drew people to him and helped forge further connections and friendships. A little community of such people had coalesced around Pathi and I was inducted into that group. Suddenly, my social and cultural life in Melbourne went from boring to vibrant.

On another level, Pathi also changed our community.

When Pathi arrived in Melbourne, the war in Sri Lanka was at a crucial stage. Peace talks had collapsed and the Sri Lankan government had launched a ‘war for peace’. The tensions were spreading to the Diaspora. The Sinhalese community in Melbourne was dominated by a self-styled ‘elite’ that tried to emulate the Sinhala chauvinists in their homeland but ended up being only caricatures of them. But they monopolized the voice of the community and, especially after the break down of peace talks in 1995, began to mobilize the Sinhala community in Melbourne in a decidedly racist fashion.

Into their midst came Pathi.

First they tried to recruit him. The endorsement of an eminent artiste like Pathi would give them much needed legitimacy. Pathi was not amused and told them where to go. Not stopping at that, and deeply offended by their actions, Pathi began to counter-mobilize. Under Pathi’s leadership a small group was formed, drawing from the many progressive individuals he knew in Melbourne. The objective was to make Sri Lankans aware of racism and chauvinism not only within the Sri Lankan community in Australia but in the wider Australian community as well. This was a time of increasing racial tensions in Australia too. An ugly form of Right-wing politics was emerging under the leadership of the outspoken MP Pauline Hanson and there was widespread unease at her growing influence.

Pathi felt strongly that Sri Lankans should show which side they were on. As a result of his endeavors, People for Human Rights and Equality (PHRE) was formed and when thousands of people marched to denounce the virulent racist rhetoric of Pauline Hanson in 1997 it was the only group of Sri Lankans to lend its voice to the growing opposition to Hanson.

After that Pathi turned his attention to the Sri Lankan community, leading the charge against the Sinhala racists in Melbourne. In a city where the chauvinist Sinhalese had ruled the roost without a challenge, he provided inspiration and leadership for a small group of us to stand up to them. The monopoly they enjoyed over the voice of the community was undermined as an alternative voice rose. We were small in number but we could not be ignored. And we gave courage to others like us.

Predictably, Pathi made many enemies in the Sinhalese community in Australia. The self-styled ‘leaders’ of the community saw him as an upstart and a bad influence on a community they had considered their fief. Naturally they responded with venom. In a country like Australia where the letter of the law is often upheld with vigor there is little one can do to persecute ones enemies extra-judicially so Pathi’s enemies resorted to whatever they could do with impunity under the circumstances to harass and torment him. The most common method was to brand him a traitor and spread the rumor that he was hand in glove with the LTTE, even on their payroll. When Pathi showed his movie ‘Para Dige’ there was a vicious campaign to boycott it. The attacks became uglier. One morning I arrived in Pathi’s little flat in Clayton to find the front door daubed with lumps of excrement. And a few weeks later, as he was walking home alone in the night, a group of goons descended on him, struck a few blows and disappeared into the night. The warning was clear; Mind your own business.

But Pathi knew what his business was and he never stopped doing what he was doing. Until he left Melbourne after finishing his PhD he was a thorn on the side of the ‘Sinhala patriots’. And he left his legacy in the form of a small but vocal group of activists.

Sri Lankan President takes away Central Bank from PM, transfers to Finance Minister
Keralites stayed in IS safe-houses in Colombo before joining IS
Comment