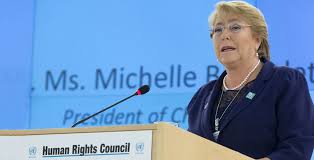 The report will be formally presented to the Council on 27 February and discussed by member states and others.

In the advanced version of the report published today, Bachelet notes that some progress has been made by Sri Lanka in promoting reconciliation, accountability and human rights in line with resolution 30/1, but the inability of the Government to deal comprehensively with impunity and to reform institutions, may trigger the recurrence of human rights violations.

The High Commissioner called for the full implementation of resolution 30/1, considering that the commitments under it remain essential to achieve the peaceful society and sustainable development aspired to by people from all communities in Sri Lanka.

She said that many of the commitments in resolution 30/1 originated in Sri Lanka’s domestic process, notably the Lessons Learned and Reconciliation Commission established by the Government during the presidency of Mahinda Rajapaksa, and elaborated further in a comprehensive civil society-led national consultation that involved all stakeholders, including the military.

Bachelet notes that the commitments in resolution 30/1 reflect the aspirations of all communities seeking to overcome the legacy of decades of armed conflict, terrorism and authoritarianism.

Of critical importance, she says, are Sri Lanka’s independent institutions, strengthened under the 19th Constitutional Amendment.

The Human Rights Commission of Sri Lanka has continued its proactive and outspoken defence of human rights in an independent and professional manner. The High Commissioner commended its timely interventions in the aftermath of the attacks of April 2019, which played an important role in preventing resort to excessive or discriminatory measures.

The Right to Information Commission established in 2016 is another key institution to guarantee citizens’ right to access information from all public authorities, she said in the report.

She also said that the space for civil society and critical and independent media, which had widened in recent years, must also be protected.

The High Commissioner urged the authorities to immediately end the intimidating visits by State agents and all forms of surveillance and harassment of and reprisals against human rights defenders, social actors and victims of human rights violations and their families.

The High Commissioner is also concerned by hate speech and aggressive campaigns by some militant nationalist and religious groups against ethnic, religious and other minorities, particularly Muslims, and urges the Government to take measures to actively prevent such extremism, to investigate and hold those involved in communal violence accountable, and to take measures to prevent similar incidents, notably by curbing hate speech.

The High Commissioner is concerned that the failure to ensure accountability for past violations and to undertake comprehensive security sector reform to dismantle the structures that facilitated them, means that the people of Sri Lanka, from all communities, have no guarantee that violations will not recur.

The High Commissioner urged the Government to promptly investigate and prosecute all allegations of torture and other gross human rights violations, and to give the highest priority to ensuring accountability for long-standing emblematic cases. 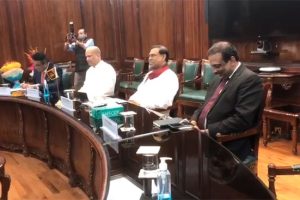 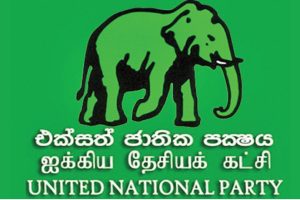 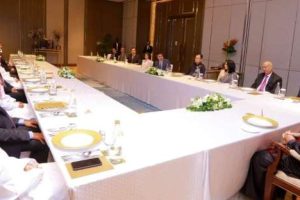 Government decides to withdraw from UNHRC resolutions: Decision to be put before Cabinet and Parliament
PM warns against “born traitors” in Sri Lanka
Comment