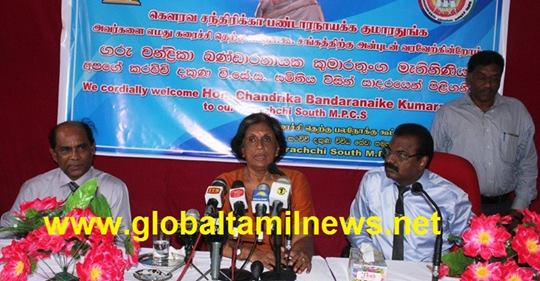 According to Chandrika, it will officially be announced by the government hat Special Scheme protesting the people from the impacts of micro finance will come to effect and meanwhile the loan received from the finance companies and banks should not be paid back within the coming six months.

She stated this when she was delivering speech after opened the Food Processing Centre of the Killinochchi Karaichi South yesterday.

Following are further stated by her’

The micro finance companies targeting the war affected people push the people into debt burden. Therefore, the government is going to introduce Special Scheme in order to protect the people from this. Also, this Special Scheme will come to effect within a month.

Having considered the debt burden of the people, Ministry of Finance & Central Bank instructed the banks and finance companies to announce that whether the people are unable to pay the loan received from the banks back, they do not need to pay back within six months.

However, these banks and finance companies that exploit the people do not announce it publicly. Therefore, the government will officially announce it. 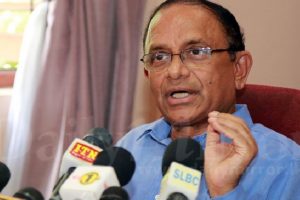 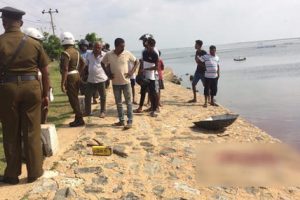 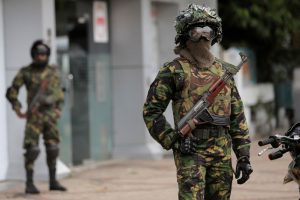