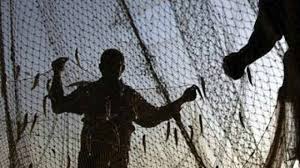 Politics, rather than science, is playing an important role in marine fisheries governance especially in South Asian countries, said Maarten Bavinck, a Dutch scientist, whose research projects include providing space for small scale fishers of India and Sri Lanka.

“The dispute between India and Sri Lanka over the fishing activities in the Palk Bay remain unsolved mainly due to political reasons, he said while delivering a lecture on ‘Tropical Marine Fisheries Governance: The Way Forward’, organised by the Marine Biological Association of India (MBAI) at the Central Marine Fisheries Research Institute (CMFRI) on Tuesday.

Bavinck, a professor at the University of Amsterdam in Netherlands said the Tamil Nadu Government should initiate steps to reduce its fishing fleets in the Palk Bay to resolve the conflict in the region.

“Trawling needs to be contained in the Palk Bay, where fishing activities across the international boundary line have been causing social and economic hardship for around 25,000 small scale fishermen and their families in Northern Sri Lanka. This has led to political tensions between the neighbours”, he said.

Interacting with the CMFRI scientists, Bavinck said science-based guidelines are needed to ease the tension in the region. For this, India’s CMFRI and Sri Lanka’s National Aquatic Resources Research and Development Agency (NARA) should conduct joint studies and make coordinated efforts to find a science-based solution, he said.

The Dutch scientist said solid ecological and marine biological studies were required to estimate the damage caused to the rich resources in the Palk Bay due to intensive trawling.

Fisheries administrators should prioritise employment and the distribution of income among the fishing community as the sector is a very important livelihood option in India.

According to him, the number of fishermen is still growing in India because they are unable to find alternative employment.

“Economic development in India is centred around the cities and the IT sector,” he said.
“With marine resources largely concentrated on the continental shelf, there is no reason to go for larger scale operations in the country,” said Bavinck.