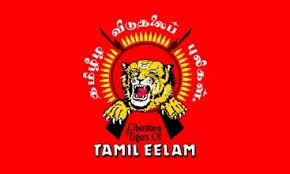 Tan Sri Muhyiddin said countries including India, Canada, the United States and Britain continue to list the LTTE as a terrorist group.

He issued a statement a day after Tan Sri Thomas controversially dropped charges against 12 individuals, including two state lawmakers from the Democratic Action Party, a component party of Malaysia’s ruling coalition Pakatan Harapan.

The 12 men had been charged for being alleged sympathisers of the LTTE, including allegations that they had collected funds to revive the militant group.

The LTTE was defeated by the Sri Lankan army in 2009.

Mr Thomas in his 11-page statement explaining the rationale for dropping the charges, had also asked the Home Ministry to review the list of gazetted terrorist organisations in Malaysia.

Home Minister Muhyiddin’s reply, as cited by Malaysiakini online news: “The Malaysian government listed the LTTE as a terrorist group since Nov 12, 2014.

“Based on the latest information from the authorities, I as the home minister feel there is a strong basis to retain the LTTE listing as a terrorist organisation.

“This group is believed to still espouse an ideology that can threaten public order and national security.”

He added that it is the responsibility of the authorities to take measures to curb the group’s activities and ideology.

“I would like to stress that the listing of LTTE as a terrorist organisation is under the purview of the home minister in accordance with the law.

“The attorney-general has no power under the law to interfere in the jurisdiction of the home minister,” he said.