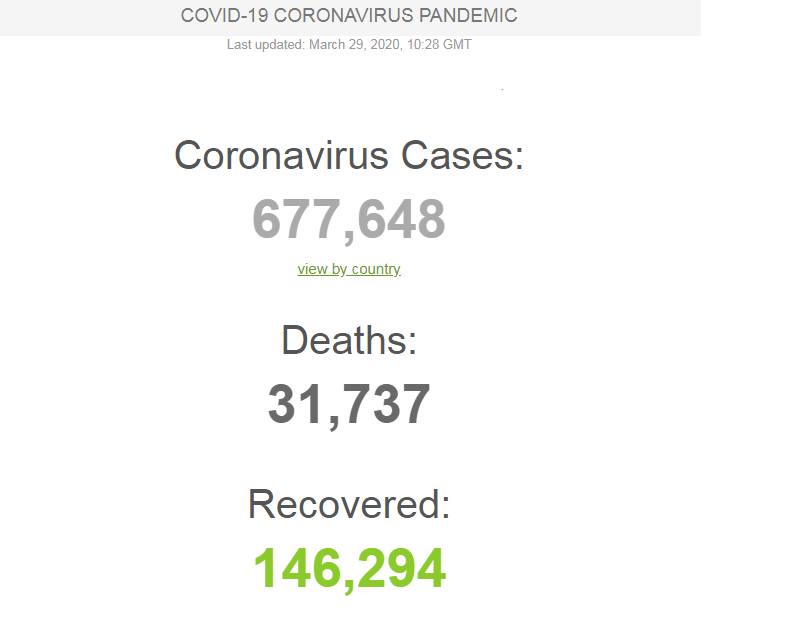 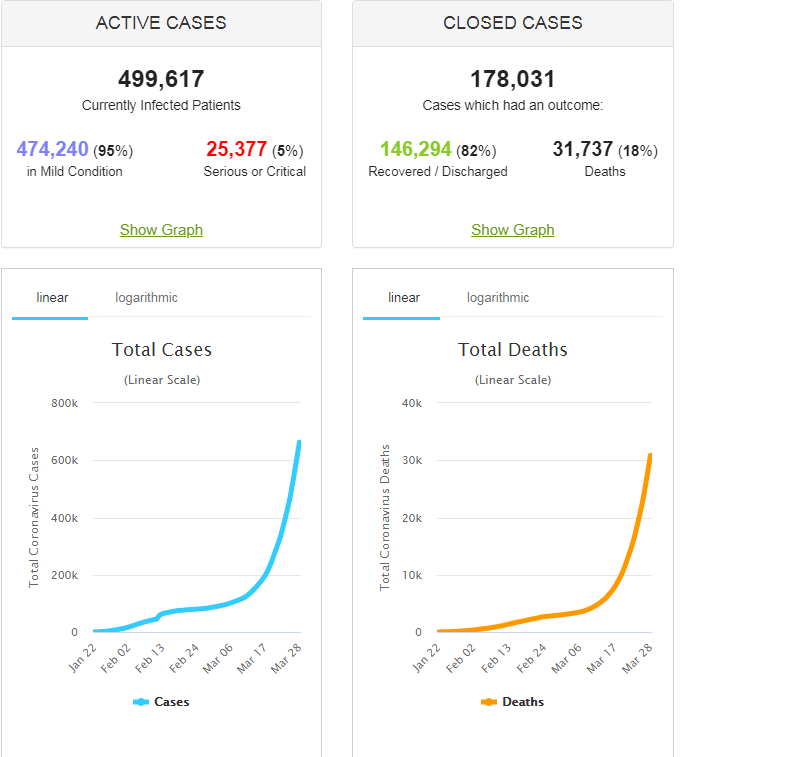 Report coronavirus cases
Highlighted in green
= all cases have recovered from the infection
Highlighted in grey
= all cases have had an outcome (there are no active cases)
The “New” columns for China display the previous day changes (as China reports after the day is over). For all other countries, the “New” columns display the changes for the current day while still in progress.